How about shrugging and moving on?!?!?

At least that's what I do most of the time.  It makes no sense in beating myself up over Murphy's Law... 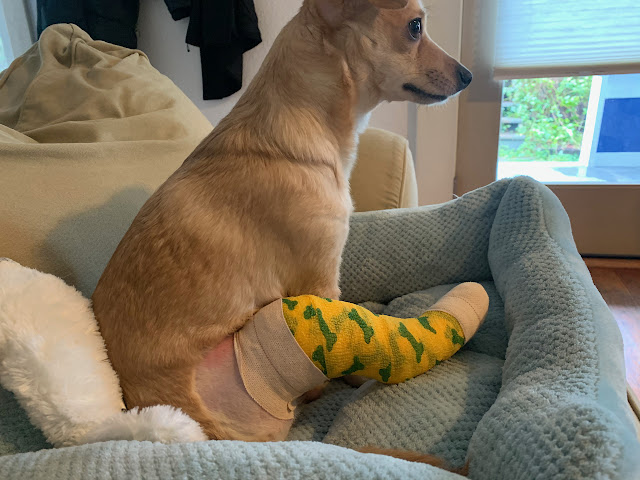 Shit...Stuff happens.  .  I always do my best to avoid getting in a situation where I would need to hand over a ton of cash for something.  I also try to save up a rainy day fund for these situations.

WHATEVER YOU DO DO NOT SELL YOUR SHARES FOR THESE THINGS.

Recently, I have had to spend a bit more than I had saved up.  Two little things, but a tad spendy.  Especially for the Holidays.

My main computer decided to finally die.  OR at least is in the final stages of old age.  Got it back in 2011 right after my baby daughter moved out of what is now my office / man cave and into the upstairs bedroom.  So a solid 8 years is not bad for a hard drive.  Lately, it's taken about 5 minutes to wake up from its sleep.  I know the BIG SLEEP is coming sooner than later.

Going over to a Windows machine is a non starter.  Yes, I live in Seattle.  Mr Gates is right across the lake.  But I have created music on Logic on my iMac for over 15 years.  Tossing that away and then having to get a Windows machine and all new software is just not going to happen.

So I bought the current "entry model" iMac a few days ago.  That set me back $1,200 after tax and Apple Care.

Second little thing:   My dog got surgery on her hind leg.  She's been slowly getting worse and worse over the past few weeks and needed a procedure to fix her displaced knee cap that is now growing onto her shin.   $1,600.

Shrug and move on with a happier dog.

So what else can I do? Let her suffer? No no.

I don't need sympathy.
I am not looking for pity.
Just feeling better by venting.  In 3 months, this will be all gone.

Yeah, I know.....First World Problems.  Feel fortunate I can deal with them.

As I am writing this, my wife calls and tells me the sunroof on the car broke.  Well.  F....

At least I have a savings plan for 2020.  So it's all credit card debt.  It will be paid sooner than later.

And we need to have a car with my child, and where we live versus public transportation.  No option other than quitting a job, selling our home, and putting my kid in a new school and ending all of her after school stuff.  So car it is.

So I start over.