This is installment # 7 of my new regular entry on this mess of a blog.

I'm catching up.  Jumping to the latest finds

The 4th release from the ultra smooth and sweet voiced Hollie Cook and her self titled "Tropical pop".  Just got this in the mail, and is not even out digitally until tomorrow at the time of writing.

It's kind of like the "lover's rock" type of reggae made famous back in the mid 1970's.  Every track is a cocktail on a tropical beach in paradise.

And the cover art is in the style of her first three LPs. 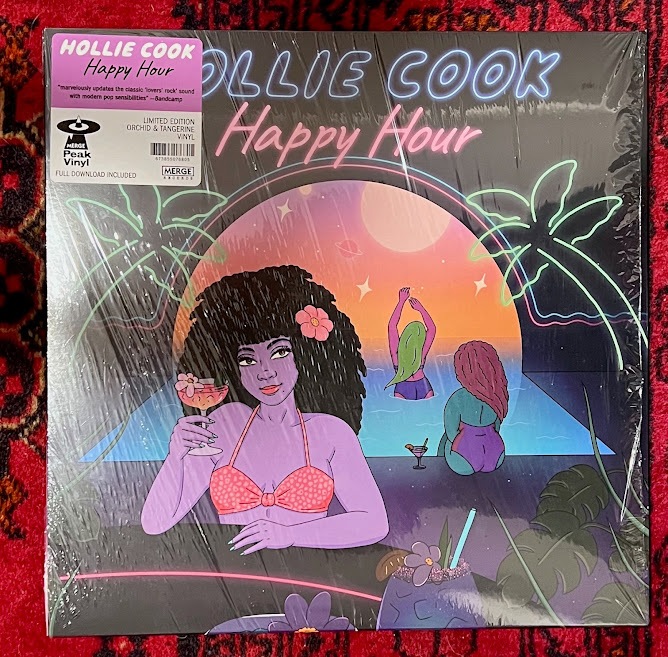 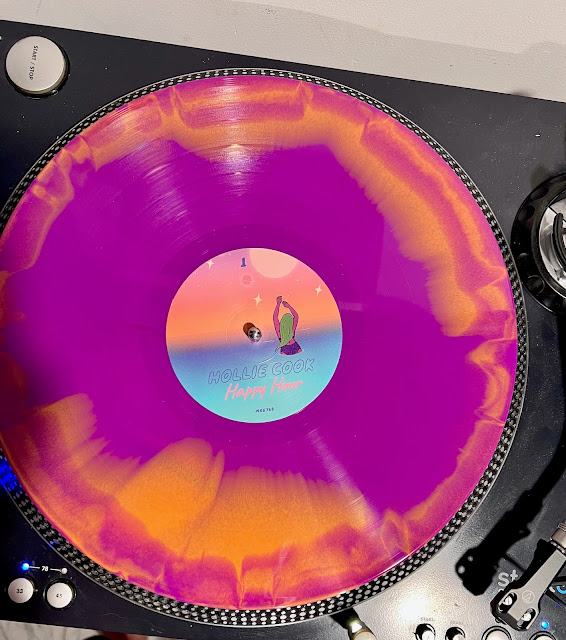 Here is the clip for one of the new tracks.

The single to promote the most recent remastered reissue of "Combat Rock" features Ranking Roger of English Beat (and soon to be in General Public).

His toasting style completely changes both songs.  Loved Rock the Casbah sine I was 13 years old, but RR really gives it a new life.    The B-side, "Red angel Dragnet" allows Ranking Roger to really turn this into a dub classic. 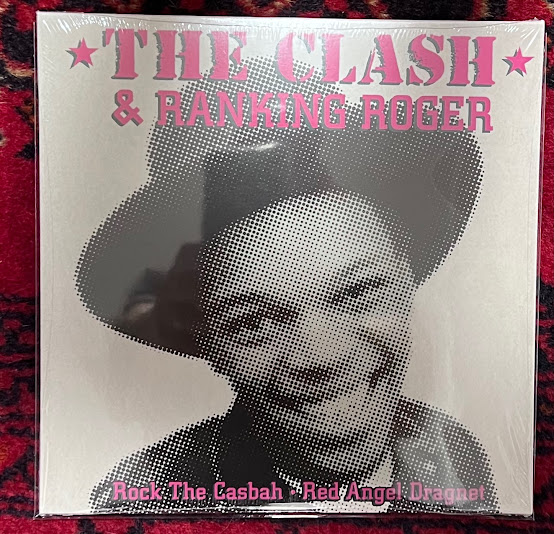 While Rock the Casbah is kind of a remix with a replaced lead vocal, Red Angel Dragnet is more of a dub version of dub song.   It's perfect.  I just wanted it to keep going. 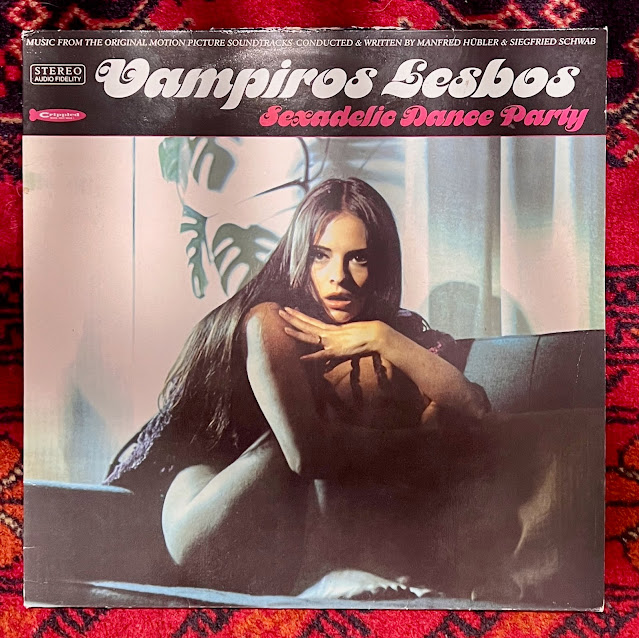 I'll be back with more in a week or two!

As the current inflation nightmare is the biggest factor in our current economy, dividend growth investors get somewhat of a break by owning stock in companies that continually raise their dividend payout to match growth/current price.

For the month of May, I had six increases announced that resulted in an increase of 6.13% for the six companies involved.   Not quite beating inflation, but gets close.

Much thanks to Lowe's (LOW) that announced a 31.3% increase.

Overall, my annual income increased by $72.40.   It look like a tiny meaningless drop, but over the course of a year, I have over 120 companies that will be raising their dividend,   IT adds up.  And, of course, it all gets put back into the market where it compounds.

Here's are the details.

This is the sixth installment on my new regular entry on this mess of a blog.

Pulled out some jazz records and wanted to showcase a few of them. 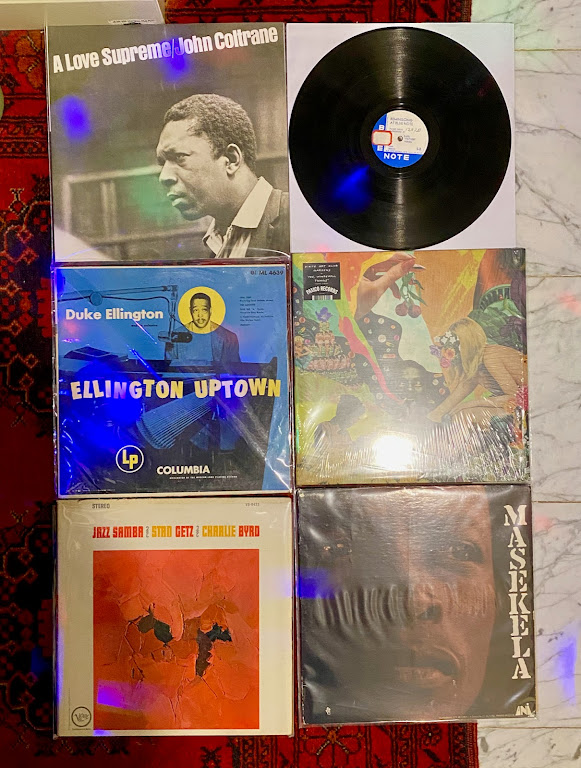 IMO, this is where you start if you do not know jazz.  This is the best example of modal jazz and one of the most important and highly regarded jazz recordings ever.

All recorded in one session in December 9th, 1964.

Recorded and released in 1939, this is a fine example of early Blue Note recordings before WW2.  Here's side B - "Reminiscing At Blue Note".  My records sounds MUCH cleaner than this video.

Found this gem in a thrift store in Coos Bay, OR.  Great stuff at the end of big band era.  The creation of the Long Playing record gave Duke Ellington a palette to compose wonderful extended pieces like The Harlem Suite without the constraint of the short length of a 78rpm side - about 5 minutes max.

Not jazz, but has the same kind of mentality.  Psych-Hop that expresses a bunch of cool moods in one record.

The titles speaks for itself.  This kicked off America's Bossa Nova craze in the early 1960's.  Here's Desafinado.

This was recorded in late 1968 by the great South African jazz trumpeter.  One of my personal favorite albums.

"Gold" was released as a single, did not feature his trumpet, but you can really feel the African vibe to his music.

I have MANY more to review.

See you next time!

May ended and we still have not gotten any warm weather here in the Pacific NW.   It's just been really showery and cool.   Rain and 55 degrees does not go well with my kid's softball season.

So we travelled and saw shows.  It was an epic and unforgettable month

So we got away. We figured that if it is going to be cold and wet, might as well get real cold.   So we took a road trip over to Yellowstone National Park for a week.   There's nothing better than going there in the off-season window before the big rush of tourists in mid May.   And it was cool, and got some snowfall.

We met a baby moose on one side of the highway...

And across the street was this.....   The Grand Tetons.

Stunning.
Then we met a fox that was very interested in us right after eating some sort of animal. 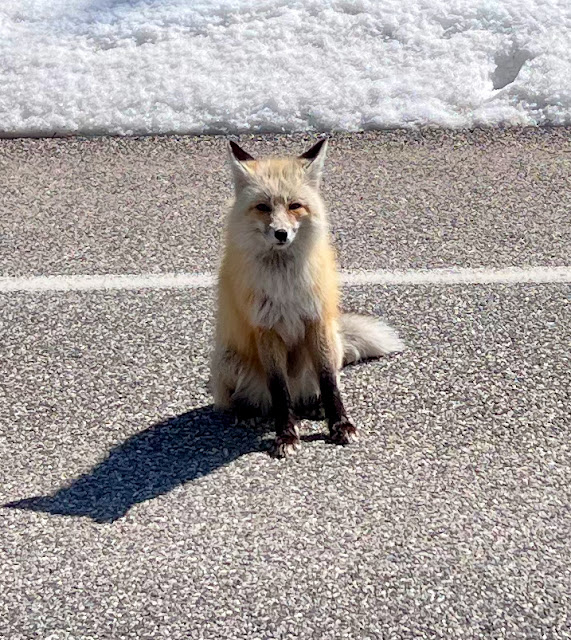 The colorful hot pools of Yellowstone are AMAZING.   I had to show my daughter what it looks like in person. 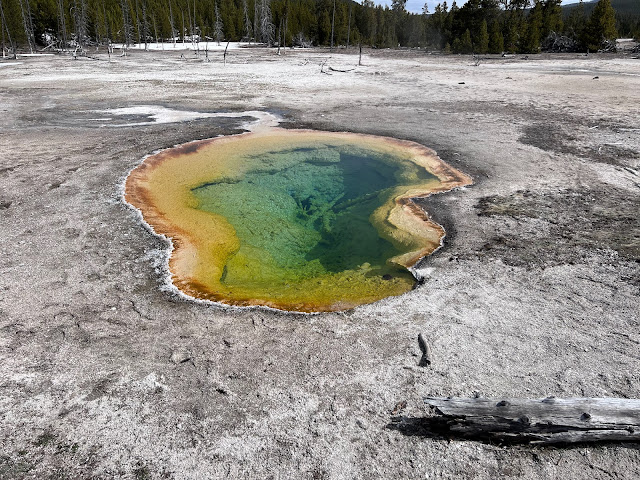 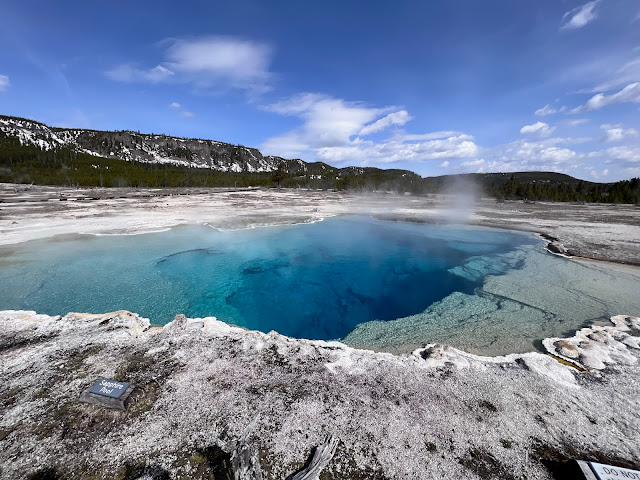 Once we got home, we got to meet Sir Paul McCartney.  In person, you watch in awe as a Beatle plays Beatle songs that sound just like the record n the same room you are in.

This is when he did "Being For The Benefit Of Mr Kite" (a John song, but really cool to hear) 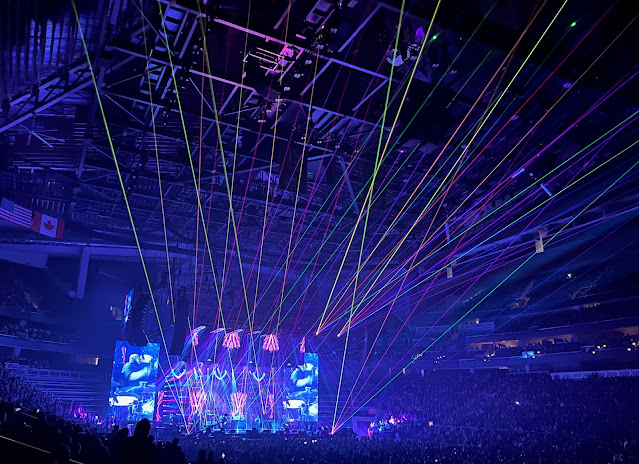 Looking great for someone a couple weeks from 80 years old!   And did a 3 hour show.  Wonderful experience. 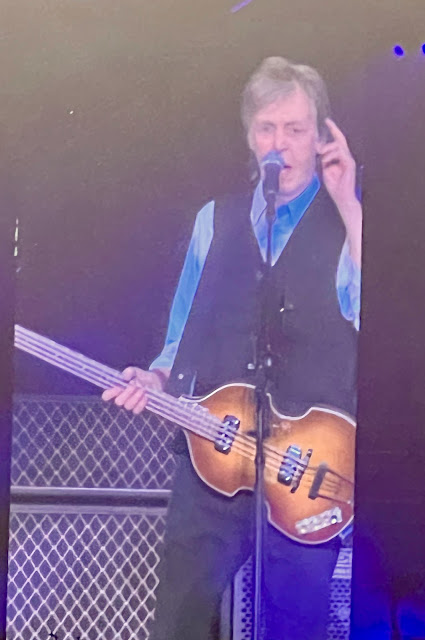 What I really love is how steady and uniform these payments are.  Lots of solid payments.
And what did I do with this payout?   That's right, BUY MORE INCOME!   Make the snowball even bigger and compound this thing.
Remember, if I can do this, so can you.  It takes patience.  10 years later, you get something like this.
at June 03, 2022 No comments:

This is the fifth installment on my new regular entry on this mess of a blog...

I'm working hard on catching up.

Here's four that were waiting for a blog post about: 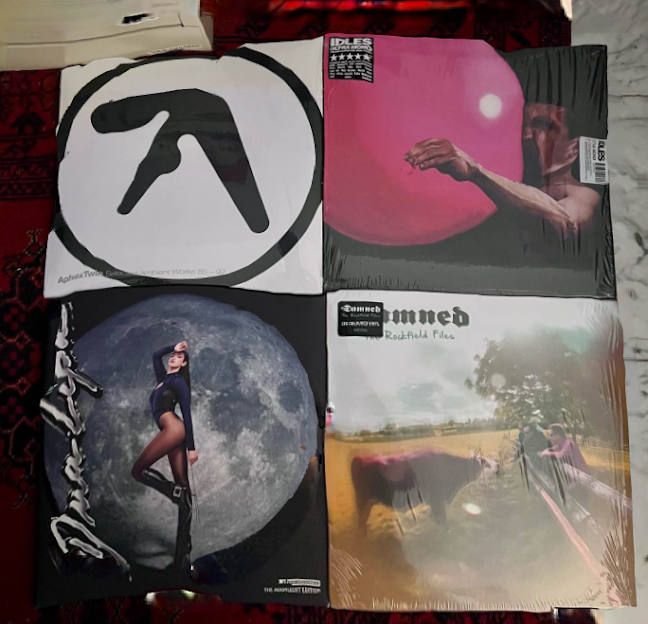 IMO, this is where you start if you are interested in getting into ambient techno.  A good starting point since this is the album that kicked off this whole genre.

One of my favorite releases of 2020, this British post-punk outfit will remind you of Sleaford Mods and the Fall at the same time.    Here's the promo clip of "Mr Motivator",the first single from the LP.   I guess one can call it aggressively fun.

A few months ago, once I saw this on the shelf, I had to pick up this double album.  One of the best dance-pop albums ever made, this is the bonus version with an extra album full of bonus tracks and a remix of "Levitating".  This is just hard to not like, even though I'm really not into this genre.

4) The Damned - The Rockfield Files

Forty-five years and still going strong, The Damned returned to the studio of their early 80's LPs The Black Album and Strawberries and pumped out this 4 song EP in late 2020.  OVer the past 20 years, they've honed their own unique sound - a version of psychedelic tinged goth punk that works great on this.  Can't wait for more.

Be back in a week of so with more.  I'm getting more records faster than I can post about.