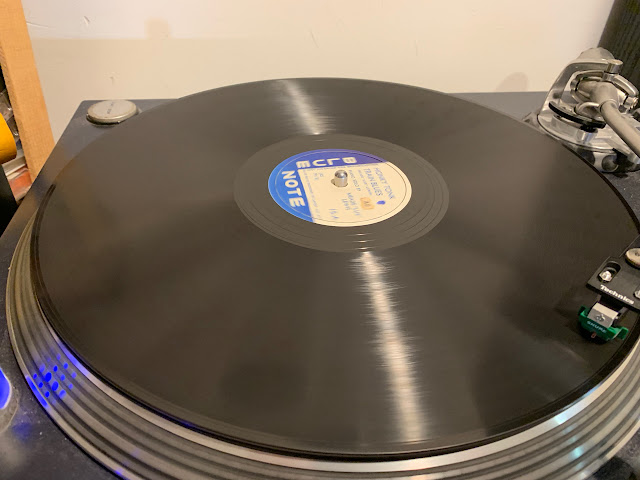 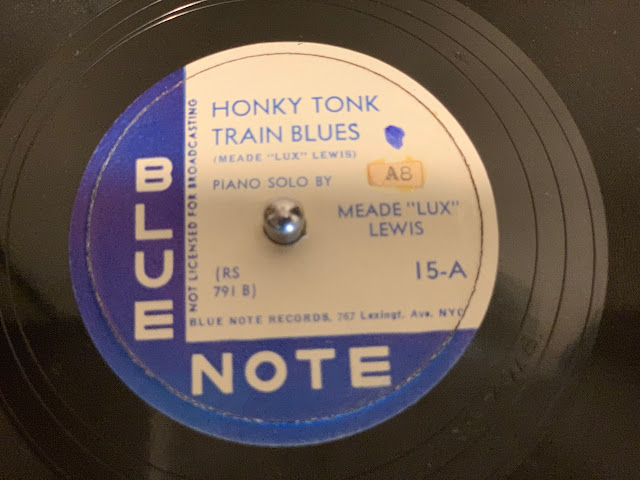 The fun part is how I ran across this (and a handful of other rare jazz 78's).

Back around 2005, I stopped into a St Vincent de Paul thrift store to give the records a look over.  They mainly have beat up alums from the 70's, like a bunch of Kenny Rogers records...but usually had a few old 78 records sitting there.  I noticed a stack of 12" 78's  (usually 10') and thought they were some symphony cuts, like most were.

I then proceeded to shit my pants.   $10 later, I drove them home realizing this was a find of a lifetime.

Lewis had first recorded Honky Tonk Train Blues for the legendary Paramount records back in 1927, for Victor in 1937, and also for Decca and Columbia throughout the years.
The Paramount recording is ULTRA scarce.   This early Blue Note is also quite rare and goes for around $65.  This copy is in near mint condition.

Here's the only You Tube clip of this recording.  My copy is in near mint condition and does not have the pops.   Enjoy..