Welcome back to the blog about my journey towards a better life.   I appreciate the readership.

The central focus of my dividend investment plan is to own a large amount of dividend companies to create a protective buffer for my portfolio.   A moat.  The more companies I own, the safer I am to volatility of a particular company.

Yesterday I had to sell ownership in one of these companies.  I could not in good faith own a piece of a company that does not treat their customers with any sort of respect.

Usually, I make my investment decisions based on the numbers:  increasing dividends, low payout ratio, a good P/E, and not buried in debt.  I only have consciously decided to not own tobacco companies.  That is due to deaths in my family related to tobacco.

But I had an experience yesterday that put a major retailer on my shit list.

I made the fatal error of buying a TV at Best Buy (BBY).   Hey, it had the model I wanted.  Good price. In stock.  Ready for pickup immediately.  Then it went all downhill.

Once home, I carefully took the TV out of the box, slapped on the legs, and plugged it in.   Oh oh.The screen was broken.  The picture had a spider web like pattern, but square.  Half the screen was like that.

So I boxed it up and took it right back to Best Buy.

He denied to accept a return,  but offered a discounted second one for sale.  WTF?

I explained how I was very careful with it.  He claimed that Sony confirms every TV is verified to work leaving the factory, so the only way it could be damaged was by me.  He failed to consider shipping the TV, receiving it in their warehouse, and getting it ready for me.

I was beyond enraged.  I just paid over $600 for a TV that never worked and it's my fault..

The only fault of mine was going to Best Buy.

He offered to help me take my useless TV back to my car. That only made me more blind with rage.  What would I do with a broken TV.  I told him to keep it and will call corporate.  He said "OK that is up to you".

I called corporate and they said they could pick it up, examine it and possible give me a refund.  Told them it was at the Tukwila Best Buy. They said "Ohhhh.  Then you abandoned it.  We can't consider a refund.  Only the manager that you saw could make that determination now and you could not go and pick it back up since it was "abandoned".   It would already have been recycled.."

They were telling me that they wanted me to take the TV home and sit on it until they could schedule a pickup to take it back to Best Buy to determine that I did not break it myself.  But since it already is at Best Buy, they can't just take it from their own store and examine it.  Not only was I not told any of this, but the concept was completely absurd.    And there is no way they already recycled it since I was there at closing time the evening before and I called corporate in the early morning.

Said I was never told that that was the case.  They said their "salaried managers" are trained to tell me about abandoning it, but let me call him.

They then spoke with the manager who told corporate that they think I damaged it taking it out of the box.  Corporate came back to me and denied my refund and that the damage was documented and that they re-confirmed the dent on the box is a couple inches away from the screen damage.

Oh, so they did not recycle it... But I could not go get it now that is in their possession of my "abandoned" TV.  I guarantee you , they will be sending it back to SONY and getting credited for a damaged TV.

I am totally offended that they are accusing me of mishandling this TV.  I am totally pissed off at the lack of customer service by the millennial company boy who seemed to relish sticking me with it.  I am disgusted by corporate who gave me a run around about getting the TV to them to examine it, since they already have it...

I told them that this will be the last I will shop there.  His response was "that's your decision".  That in itself is a total lack of respect for the customer that keeps them in business.

I CANNOT OWN SHARES IN A COMPANY THAT TREATS THEIR CUSTOMERS LIKE THIS.  PERIOD 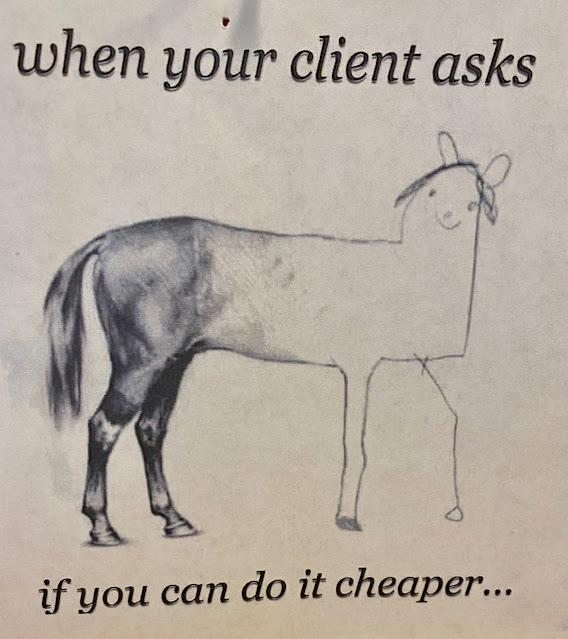 This picture also applies to retail when they push their loss prevention.  In the long run, their clientele will shrivel up and disappear if they do not focus on long term relationships.

So I sold them yesterday afternoon.  They were a long hold for me.  I was up over 100% in equity.

I took my profits bought some shares in a company that have succeeded in customer service:  Costco.

In fact, the dividends I lost from selling BBY were almost doubled with new purchases.

Here is the breakdown:

You may notice I sold 73 shares of HBAN.  I meant to buy, but I hit the sell button by accident.  Oops..😒

I promise I will make that up.

I went Vanguarding and picked up 15 shares of VYM.  That added an estimated $42.40 in annual dividends.

Got 71 shares of Associated Bancshares (ASB).  That added $51.12 of dividends

Picked up 60 shares of Bank of Hawaii (BOH), adding $160.80 in annual dividends.   I had already made up the dividend loss and had over half the money left.

Finally, got 2 shares of Costco (COST).  It adds $5.60 in dividends.  But on top of that, there is an emotional satisfaction.   I have always been treated very well at Costco.  Their return policy is fantastic.  You can dislike a frozen item and return the rest for a full refund.

Good CS makes a difference. Not just as a customer, but as an investor.

I will never set foot in a Best Buy ever again.  You can count on that.